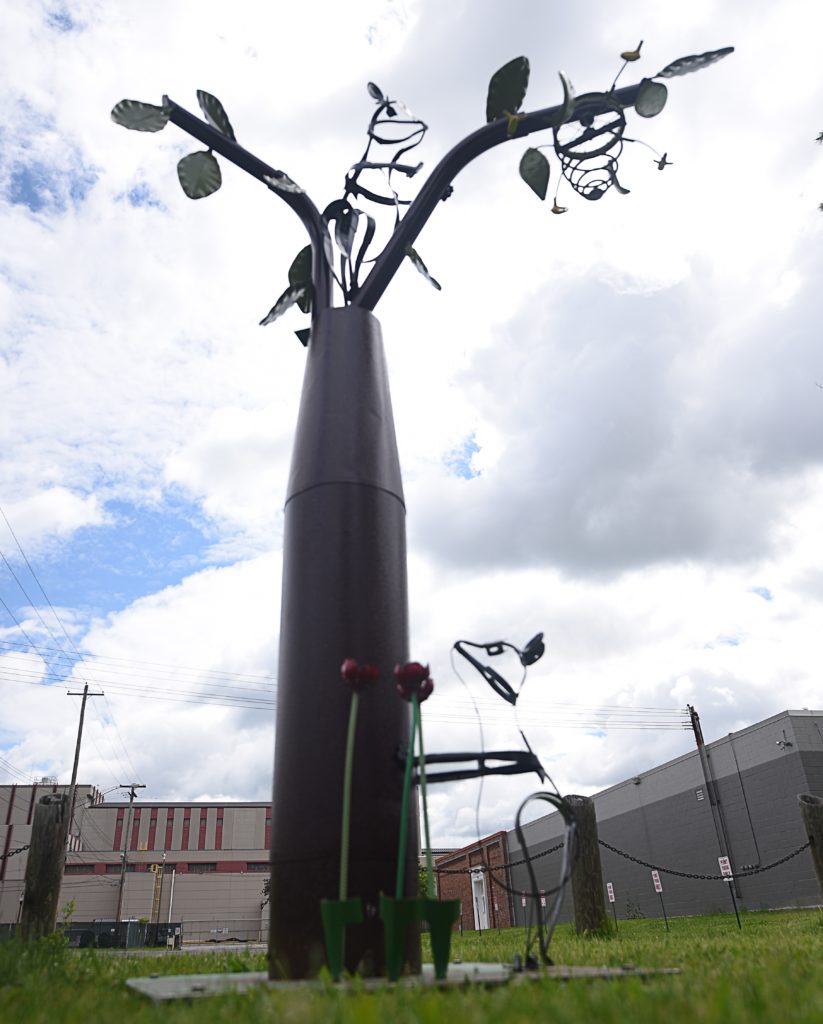 Dace Koenigsknecht is a St. Johns based sculptor. He has created a wide variety of commissions for public and private collections. He has created work for festivals such as Scrapfest and has smaller work exhibited at galleries.

Speaking of his work Dace says "The idea for this piece has been in my sketchbook for a few years, and I thought it was time to create it. Originally, it was part of a series on the subject of play, two bear cubs climbing around on an old tree. However, finding the curly spring inspired the addition of bees to the piece. Now a standing bear cub observes his brother create mischief as he reaches toward the hive and its swirling protectors. Will they get the honey or sore noses?"

Mischief by Dace Koenigsknecht is available for purchase for $2,500.